All Events Thoughts Parents School Uncategorized Media Announcement FAQ Mental Health Trauma (more)
Media
In the news…Friday, May 22 at 10 PM
May 7, 2015 By admin
1 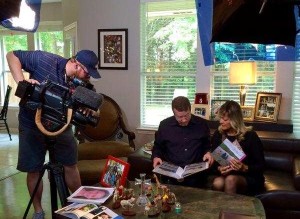 Scott Gordon from the local Dallas NBC affiliate spoke with David, Norma, and Coach Weaver. We discussed Sadie, her death, and what we all discovered in the days that followed.

We feel it is important to tell this story because the subject of teen suicide is so vastly under reported. Did you know that in DFW we lose one person age 15-24 to suicide at a rate of one every four days? That makes it the second leading cause of death for this age group.

This story also highlights some of the risks associated with social media.

UPDATE: This story has been rescheduled to air locally on Friday, May 22 at 10 PM on Channel 5.